The WEEBILL-S incorporates the rear handle design of its predecessor, the WEEBILL LAB, into a more compact form with new features. These include highly upgraded motors and stabilization algorithm.

The WEEBILL-S supports the optional TransMount Image Transmission Module, which is being released at around the same time. This compact module attaches under the mounting plate of the gimbal and allows for 1080p30 transmission for up to 328′ to corresponding receivers. Up to three receivers are supported, allowing you to stream to three devices simultaneously. Compatible devices include smartphones, tablets, and select monitors.

Allows 360° synchronous movement on all three axes. This ensures that instead of leveling off during motion, the camera will remain locked in position no matter how far you move the gimbal in a certain direction, allowing for true POV shots.

The camera pans as you turn the gimbal left and right. This feature is highly useful for hyperlapse capture.

The camera will follow the movement of the gimbal handle.

Keep your subject in focus when you mimic dolly or jib movements. 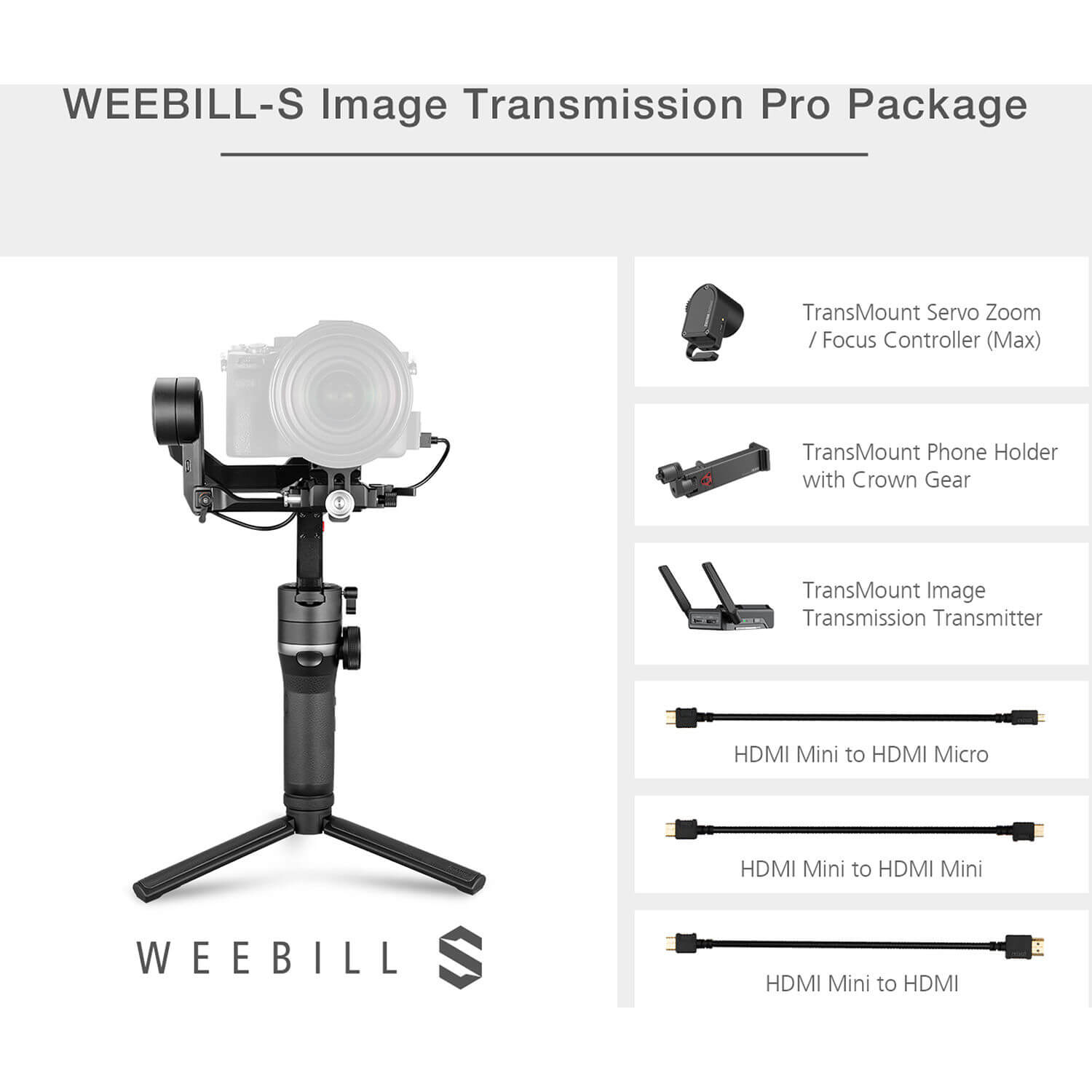 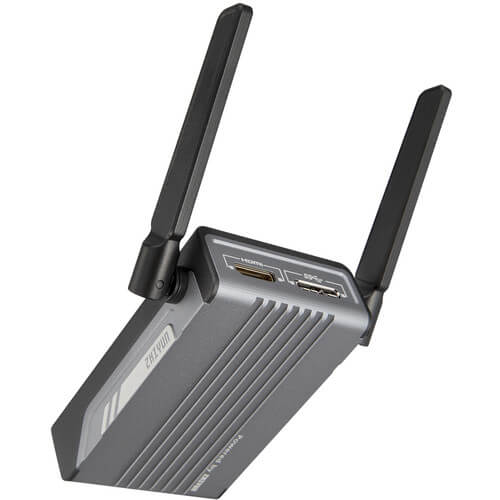 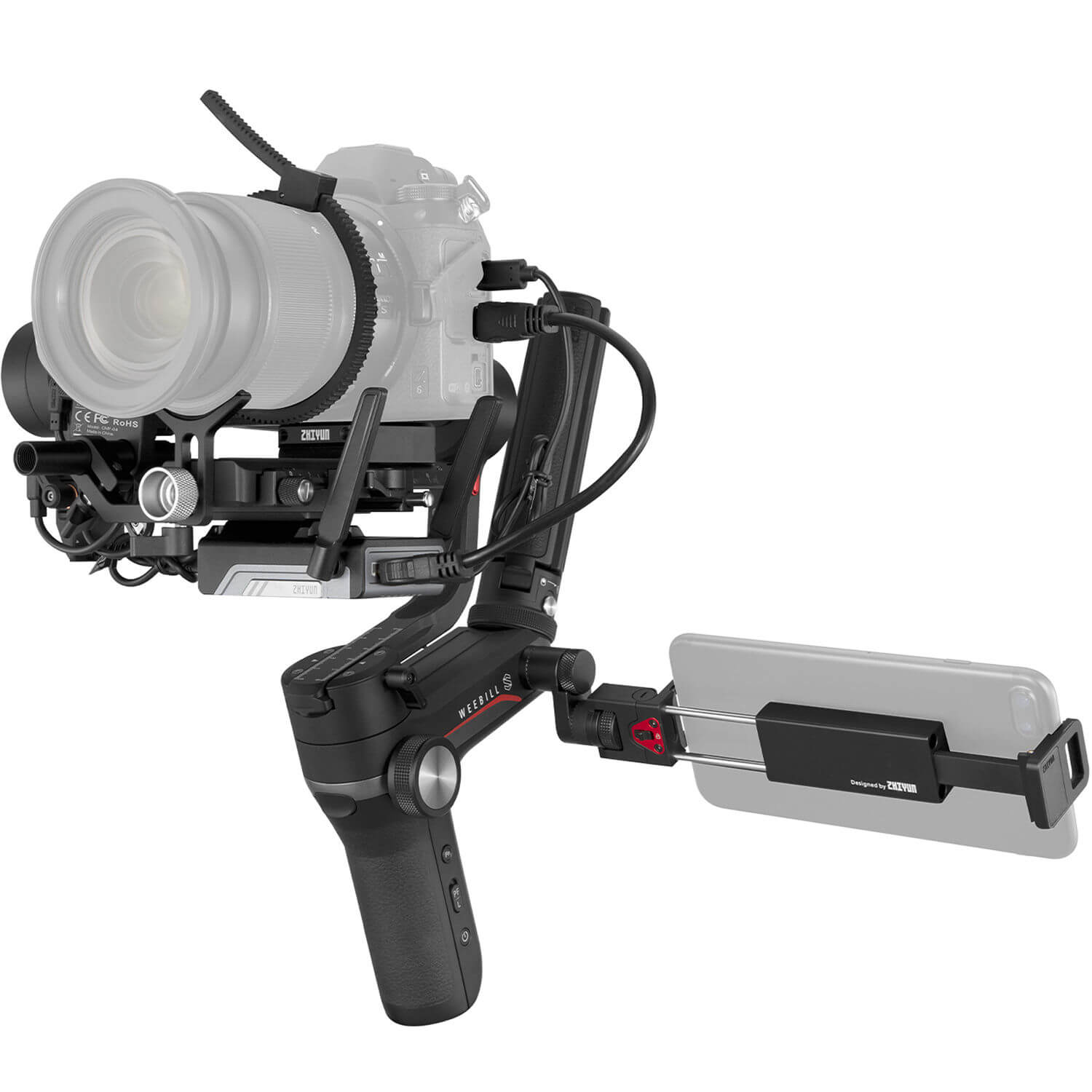 The transmitter unit can be secured to a mount or stand via the included mounting plate and four M2.5 screws.