Only 2 left in stock

Only 2 left in stock 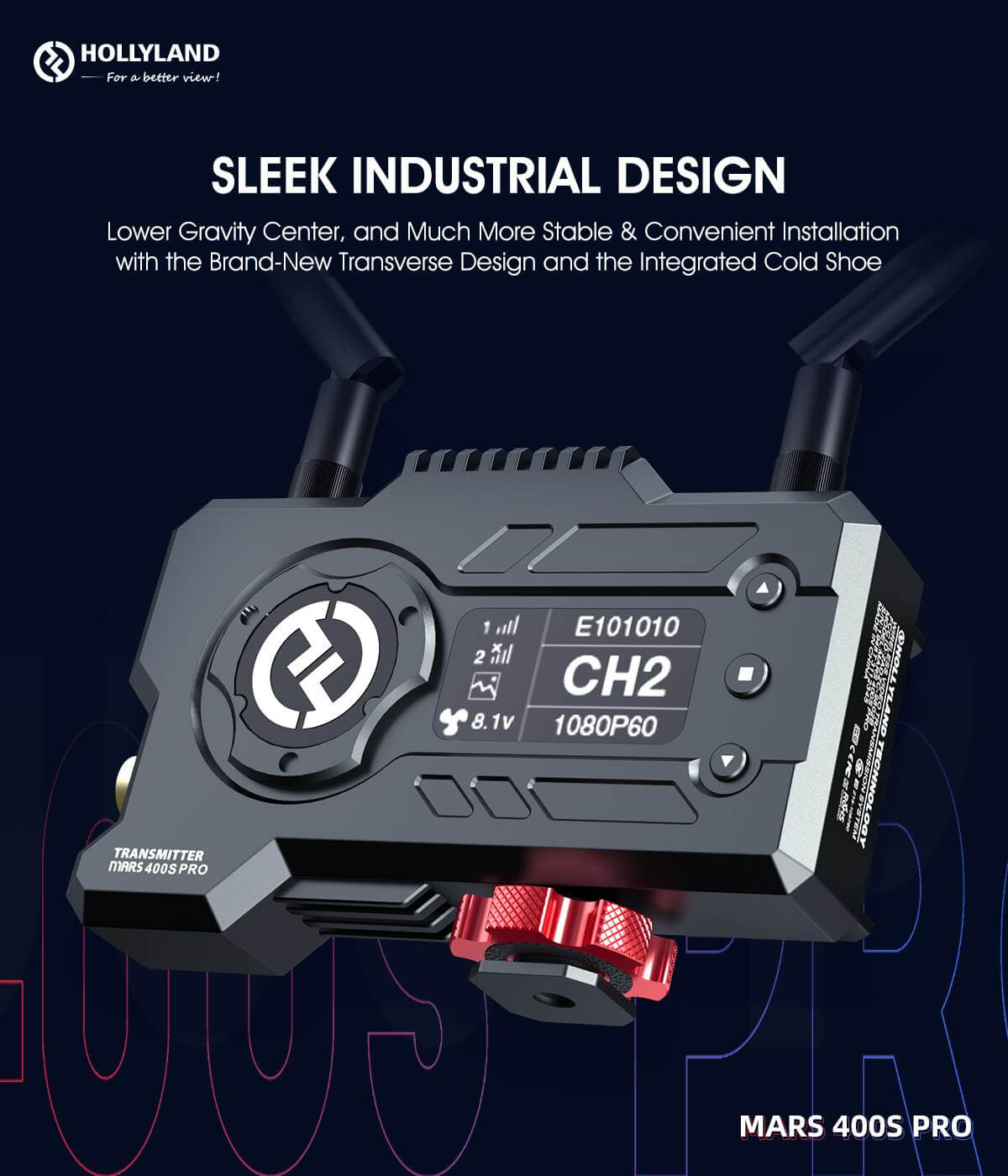 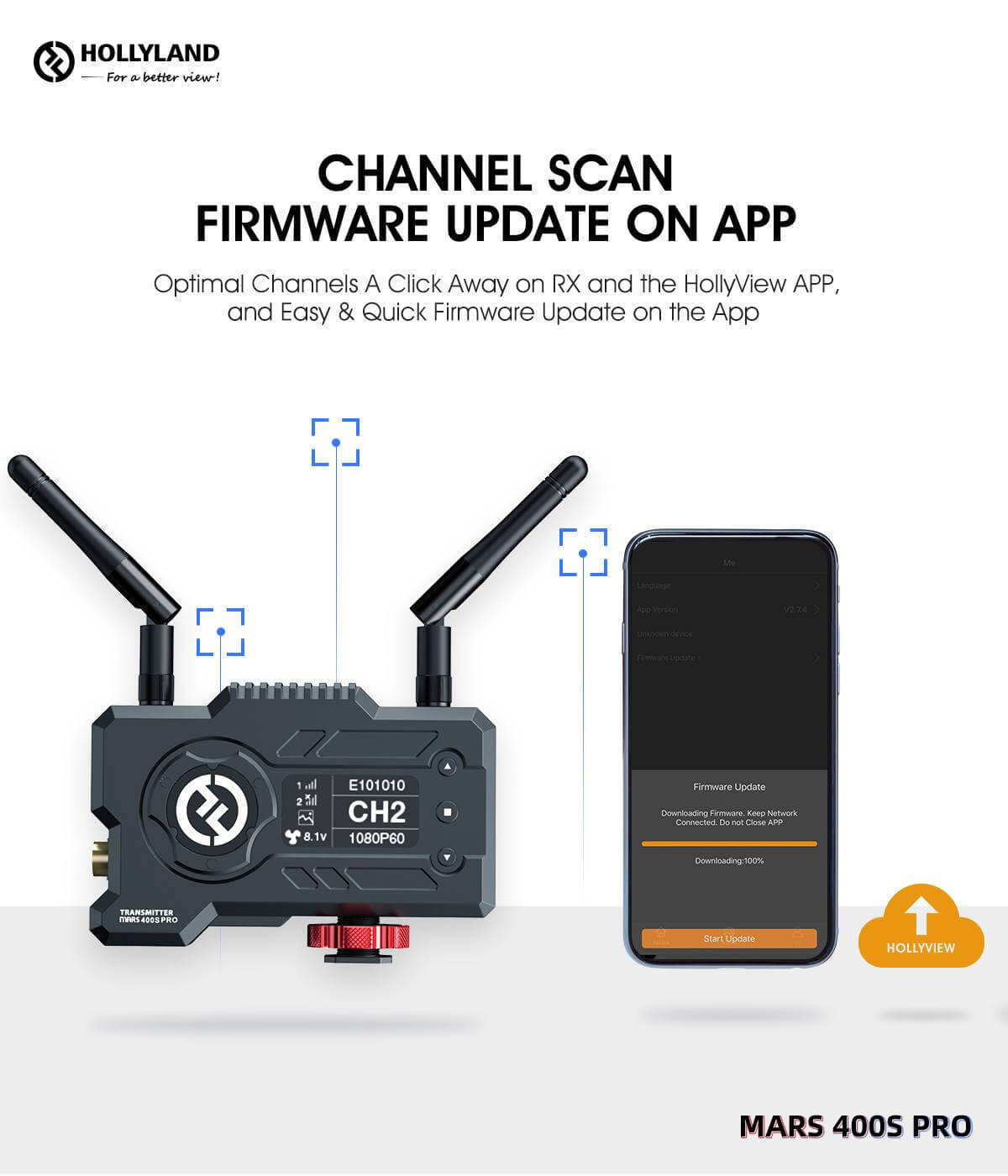 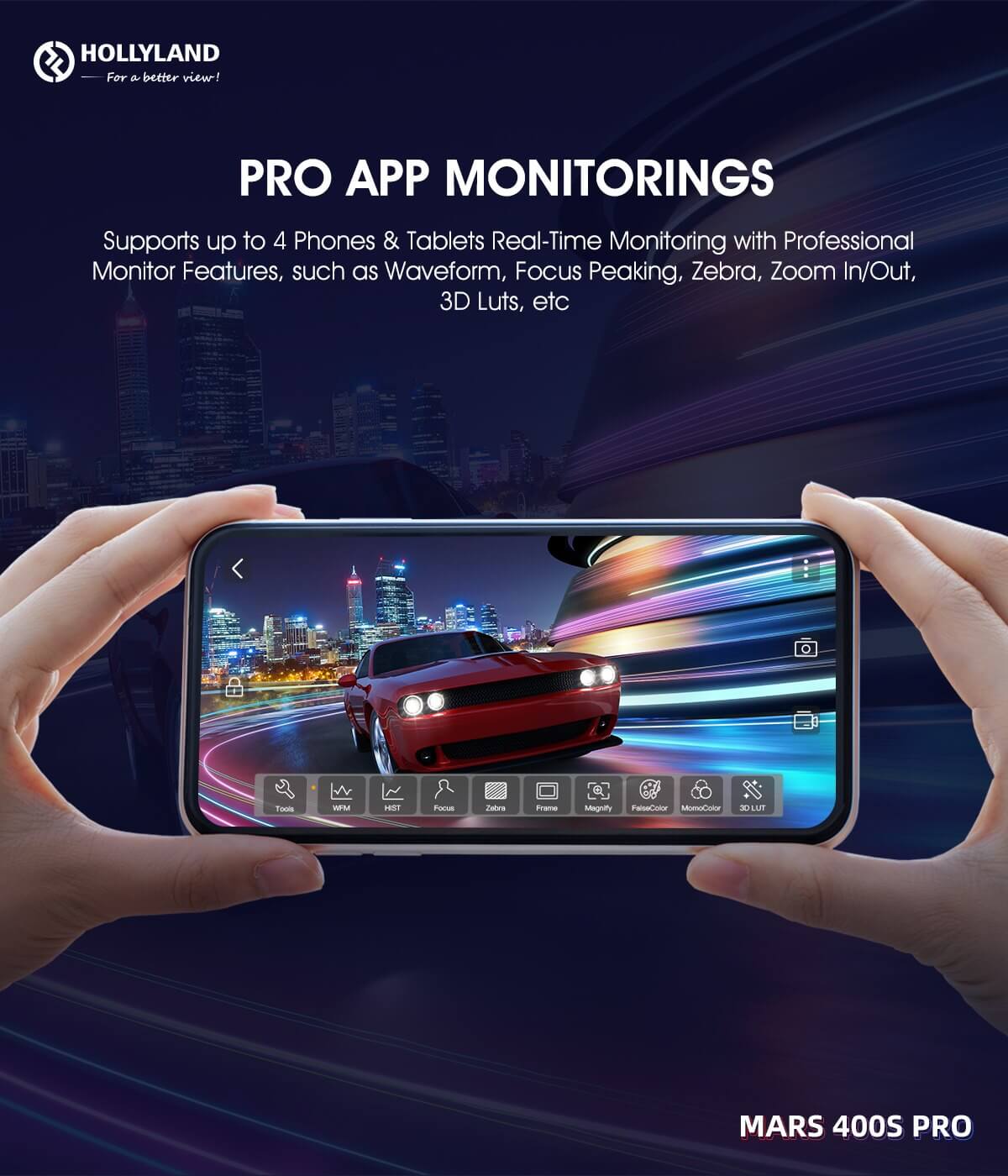 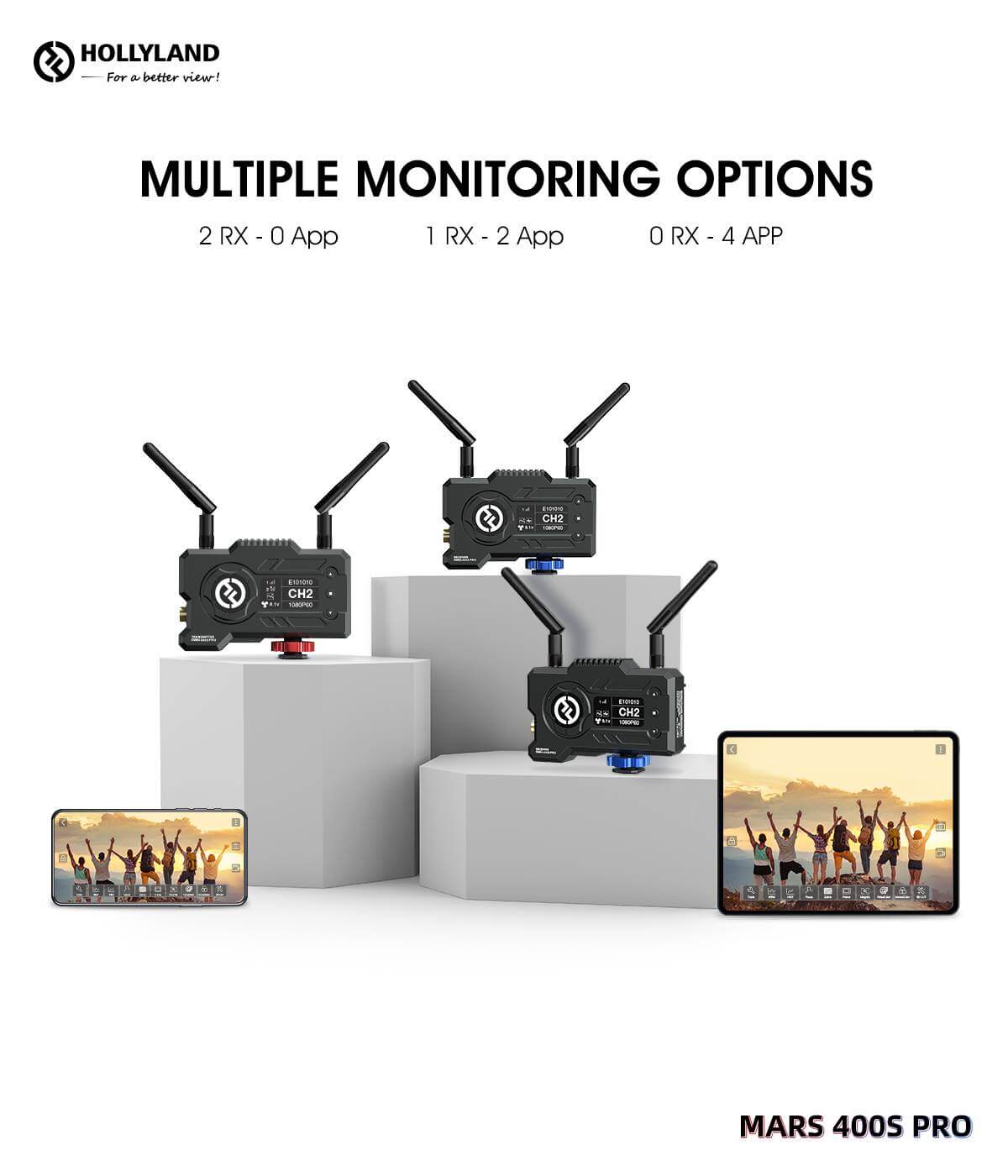 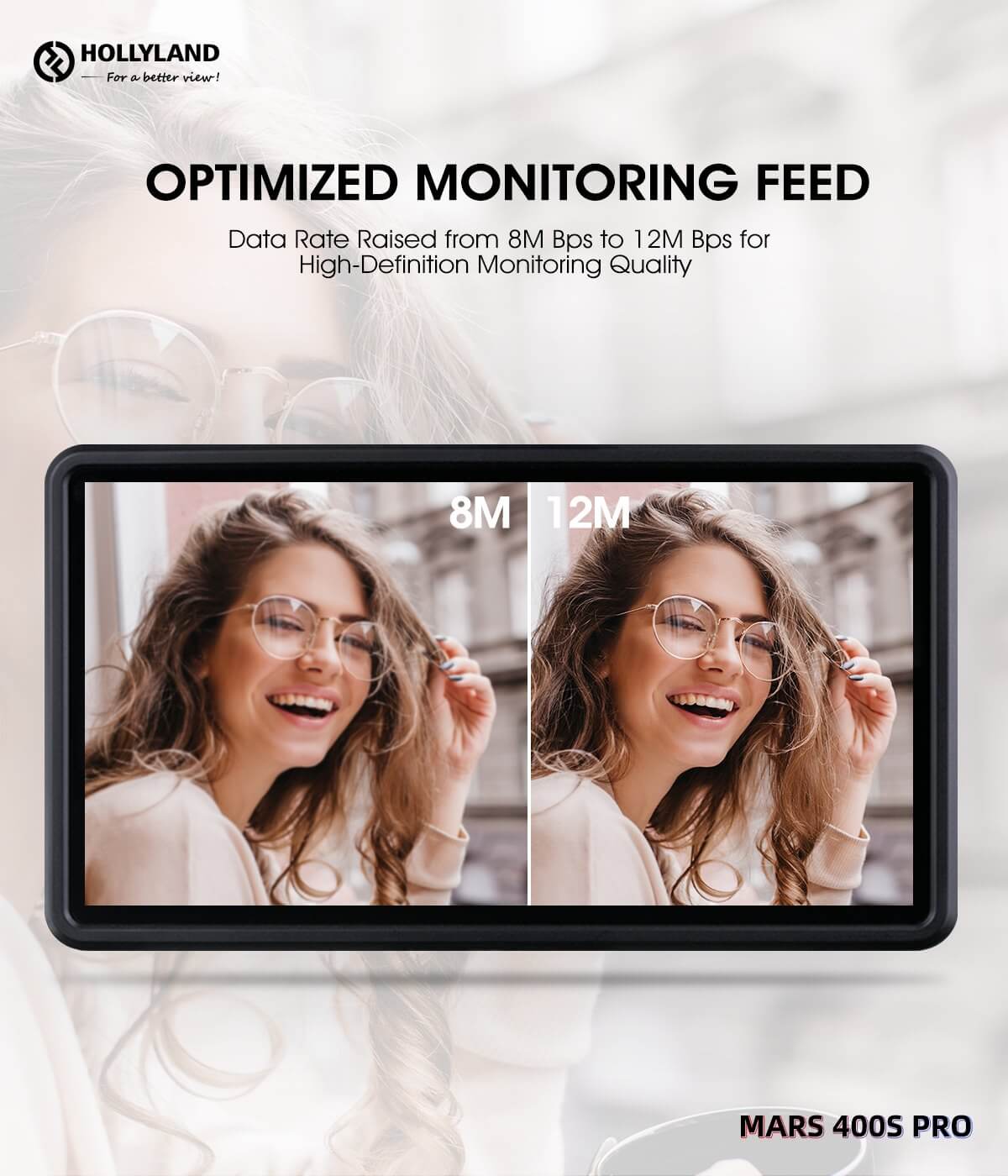 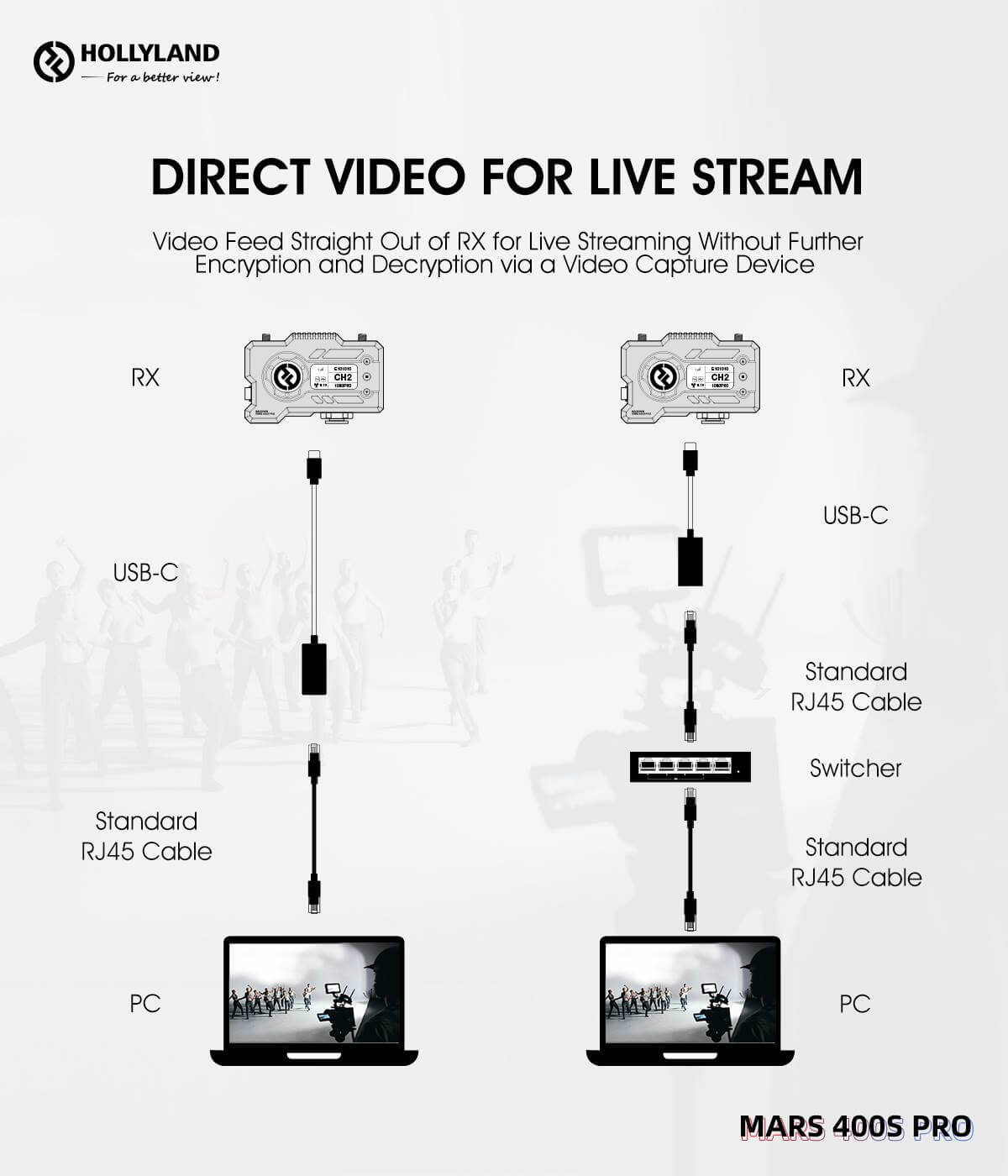 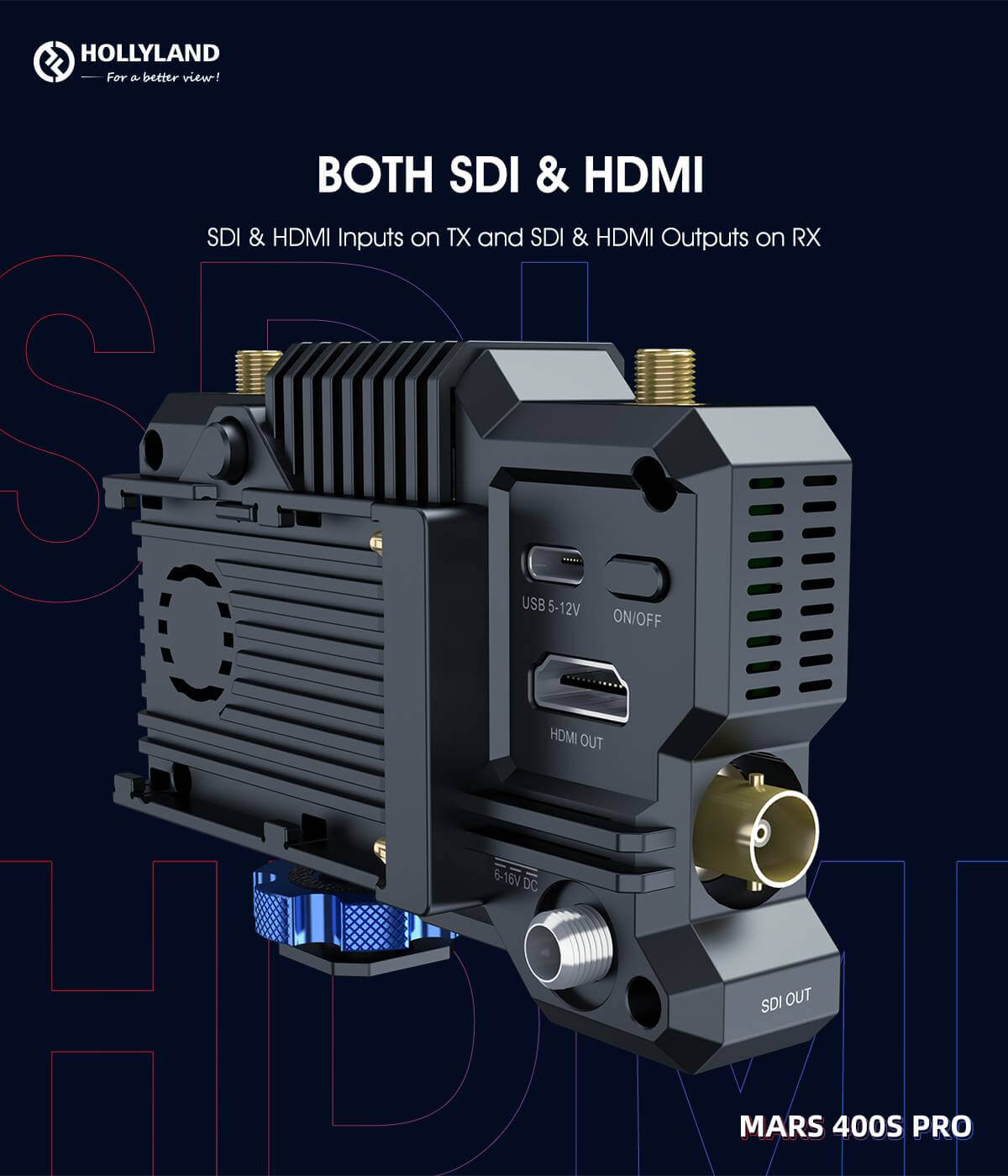 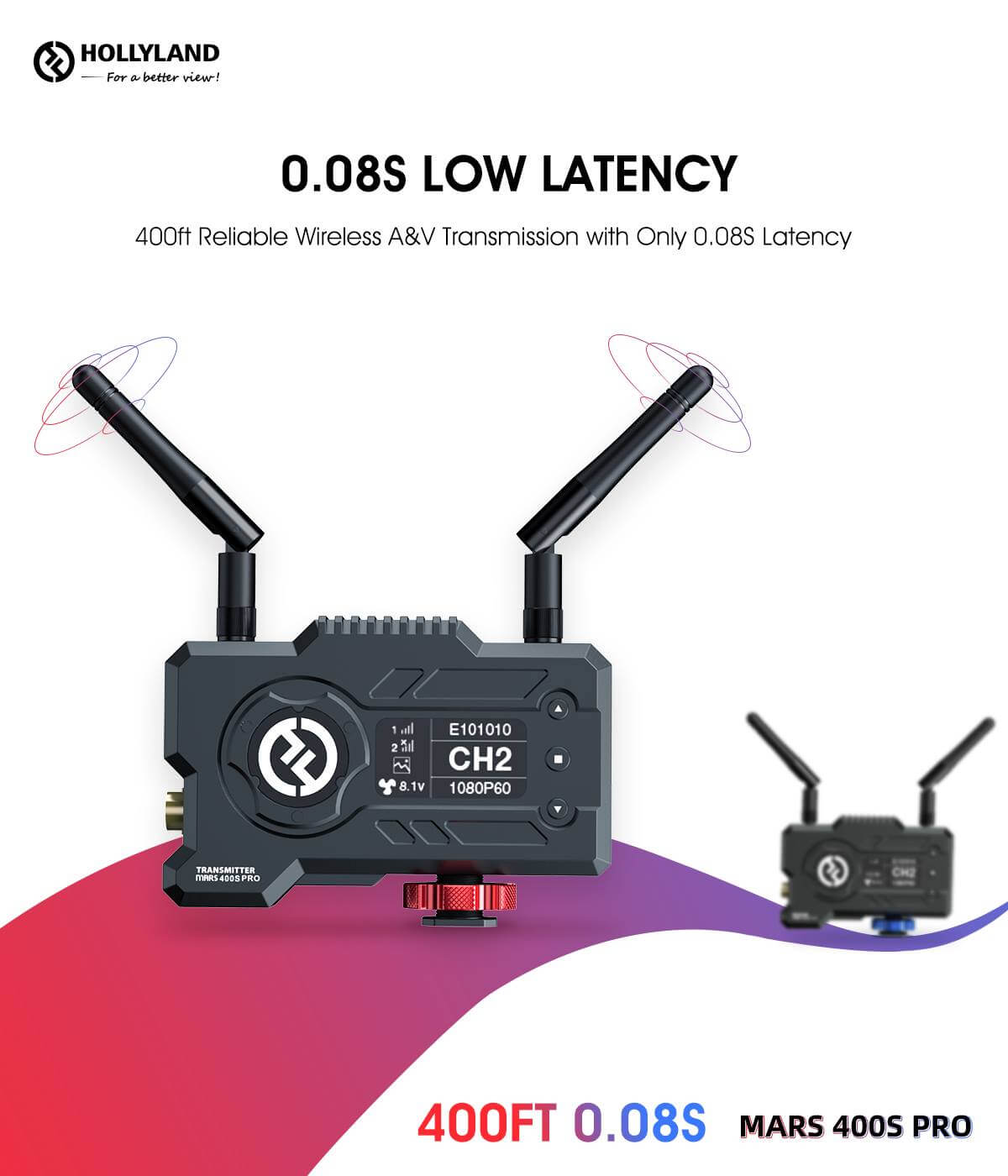 Add up to 1080p60 wireless video transmission to your gimbal, mirrorless, or DSLR camera rig using the lightweight Mars 400S PRO SDI/HDMI Wireless Video Transmission System from Hollyland. The transmitter provides HDMI and SDI inputs and the receiver offers SDI and HDMI outputs. It features extremely low 0.08s latency with line-of-sight transmission up to 400′ to the receiver and up to 300′ to the Hollyview Wi-Fi app. For a strong line-of-sight signal, the system includes two external antennas on the transmitter and two on the receiver, and one is included as a spare.

Using the Hollyview app for iOS or Android, you can monitor your video transmission in real time via a Wi-Fi connection as well as live stream directly from the receiver via your computer using a USB Type-C adapter. The app also allows you to install optional channel scanning firmware enabling you to easily find the strongest transmission signals. The transmitter can simultaneously transmit to up to one receiver and two apps, or to a total of four apps without the receiver. The redesigned body makes it a low-profile choice for your rig, and it features multiple fan modes to keep it cool or quiet when you are shooting.

The 400S PRO transmitter and receiver are compact in size, feature a bright OLED display for configuration, and an integrated shoe adapter with a 1/4″-20 mounting thread for different mounting options. Each unit can be powered using a USB Type-C source, the included locking DC power adapter, or by using a separately available L-series type battery using the integrated battery plate. 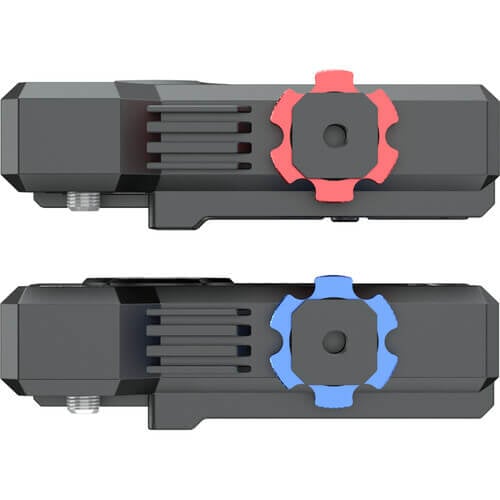 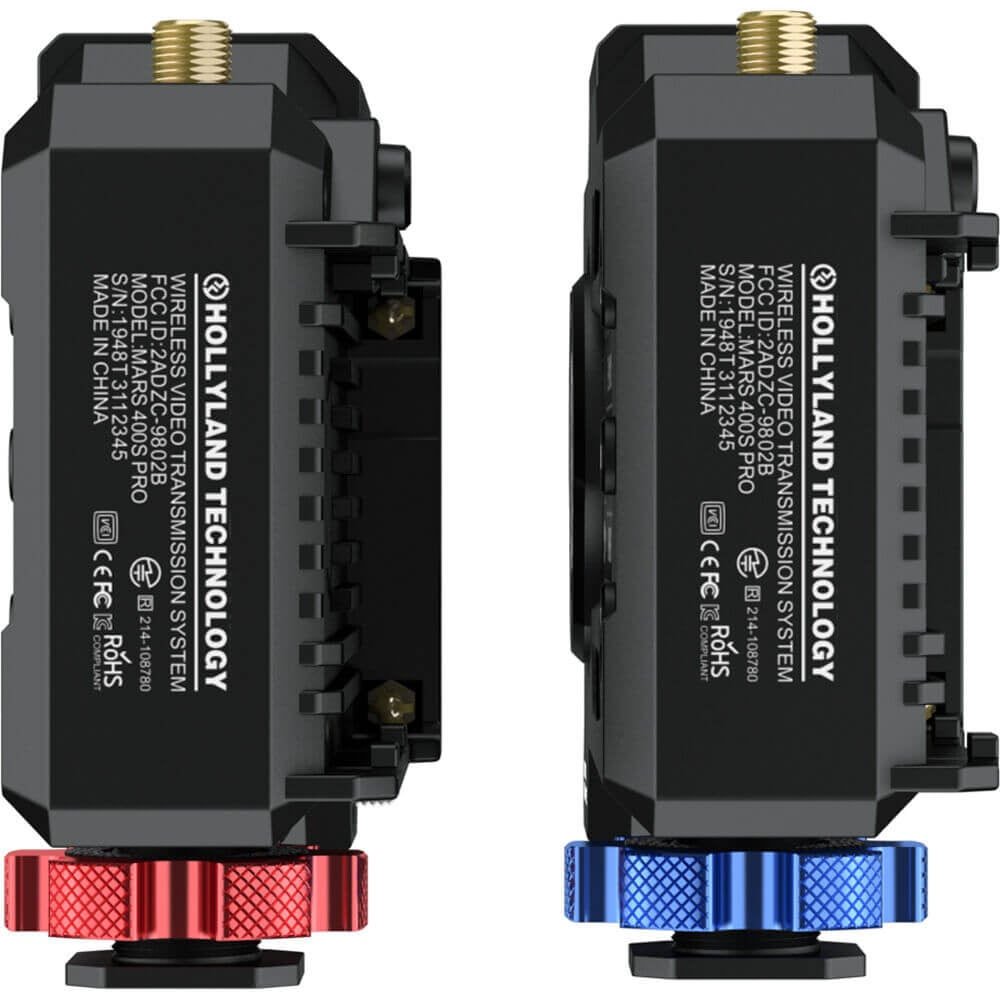 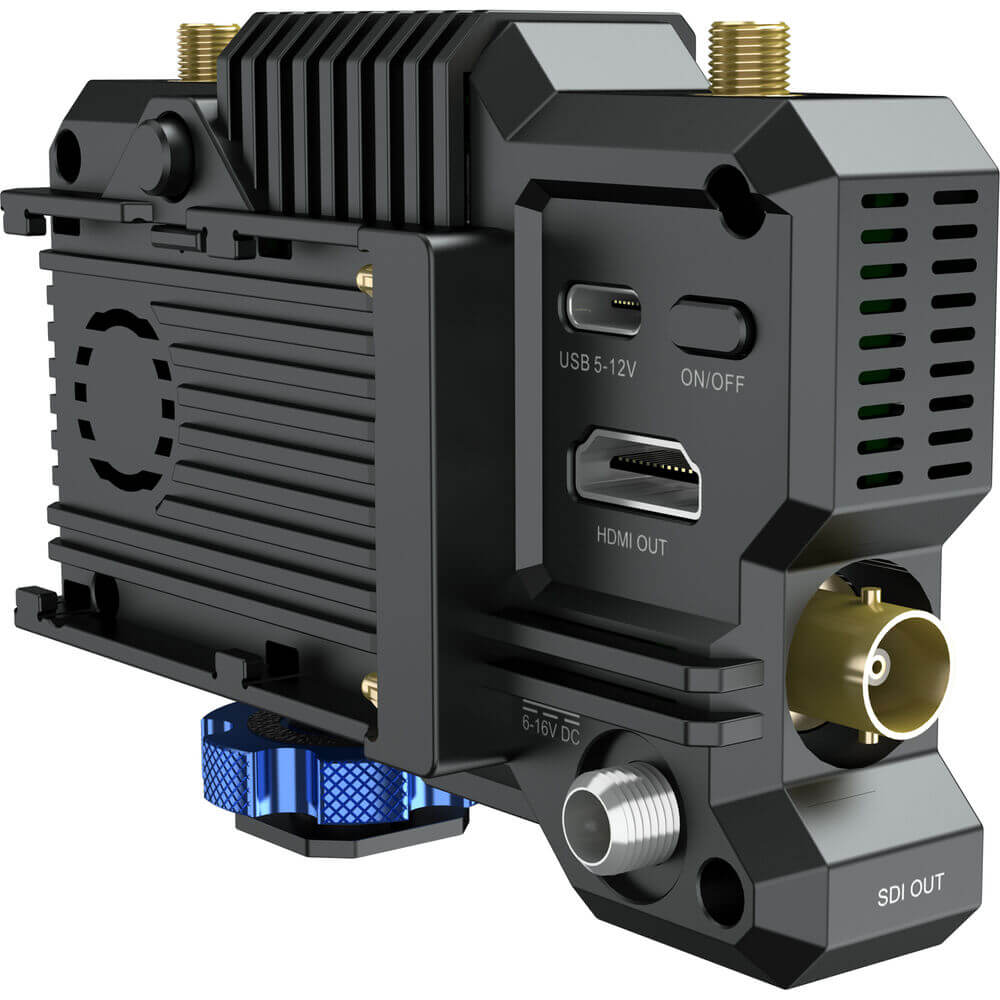 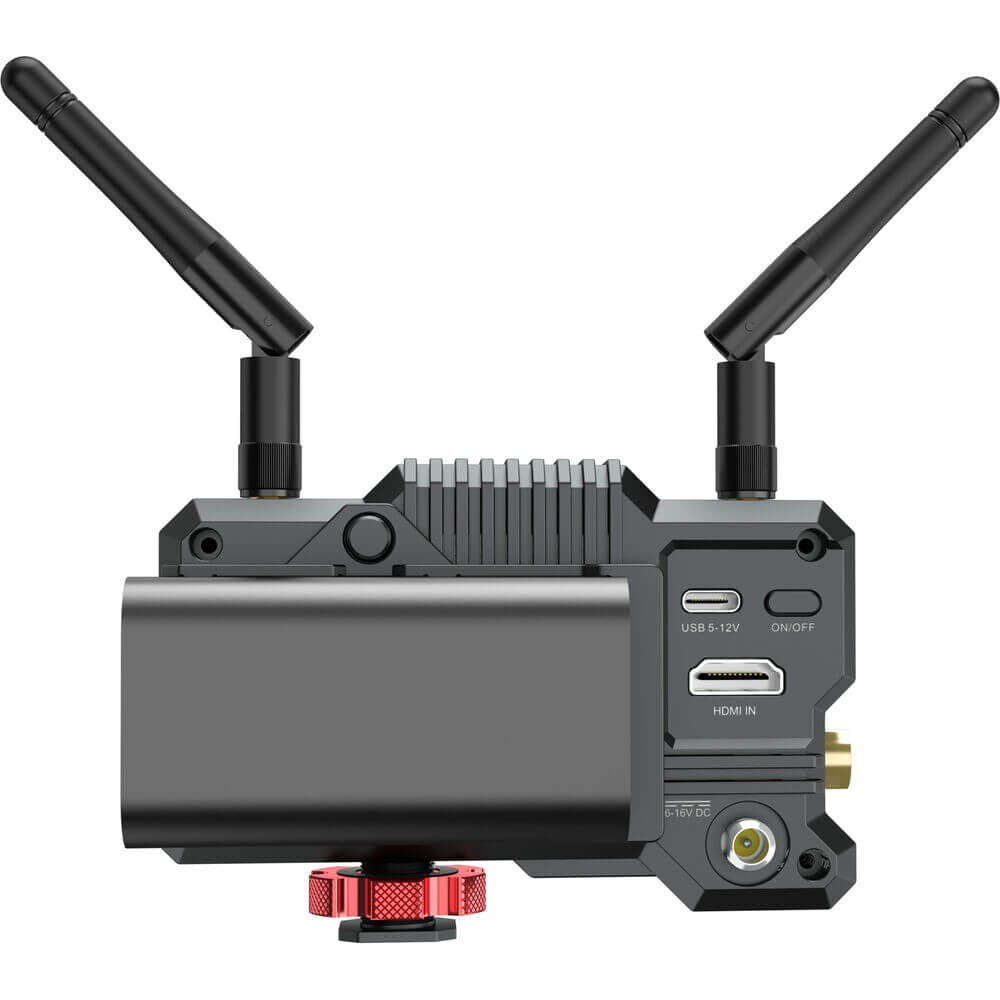 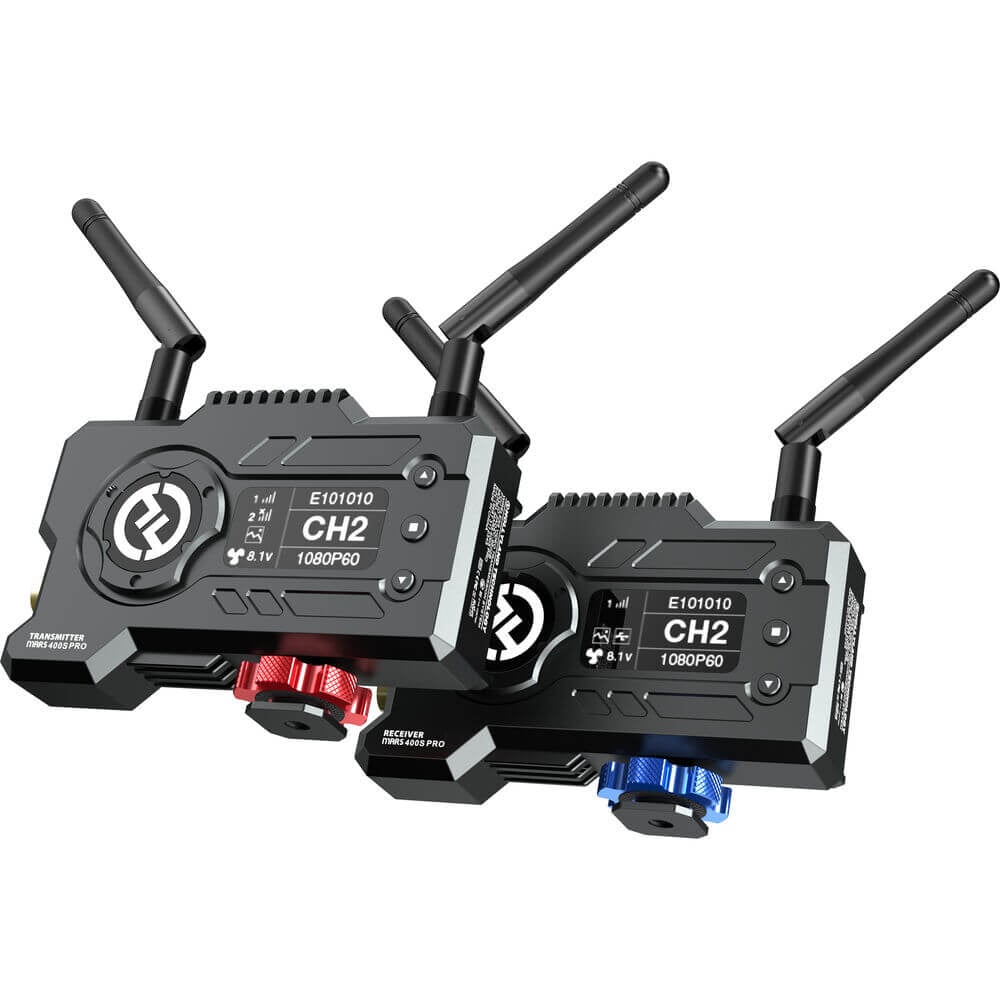 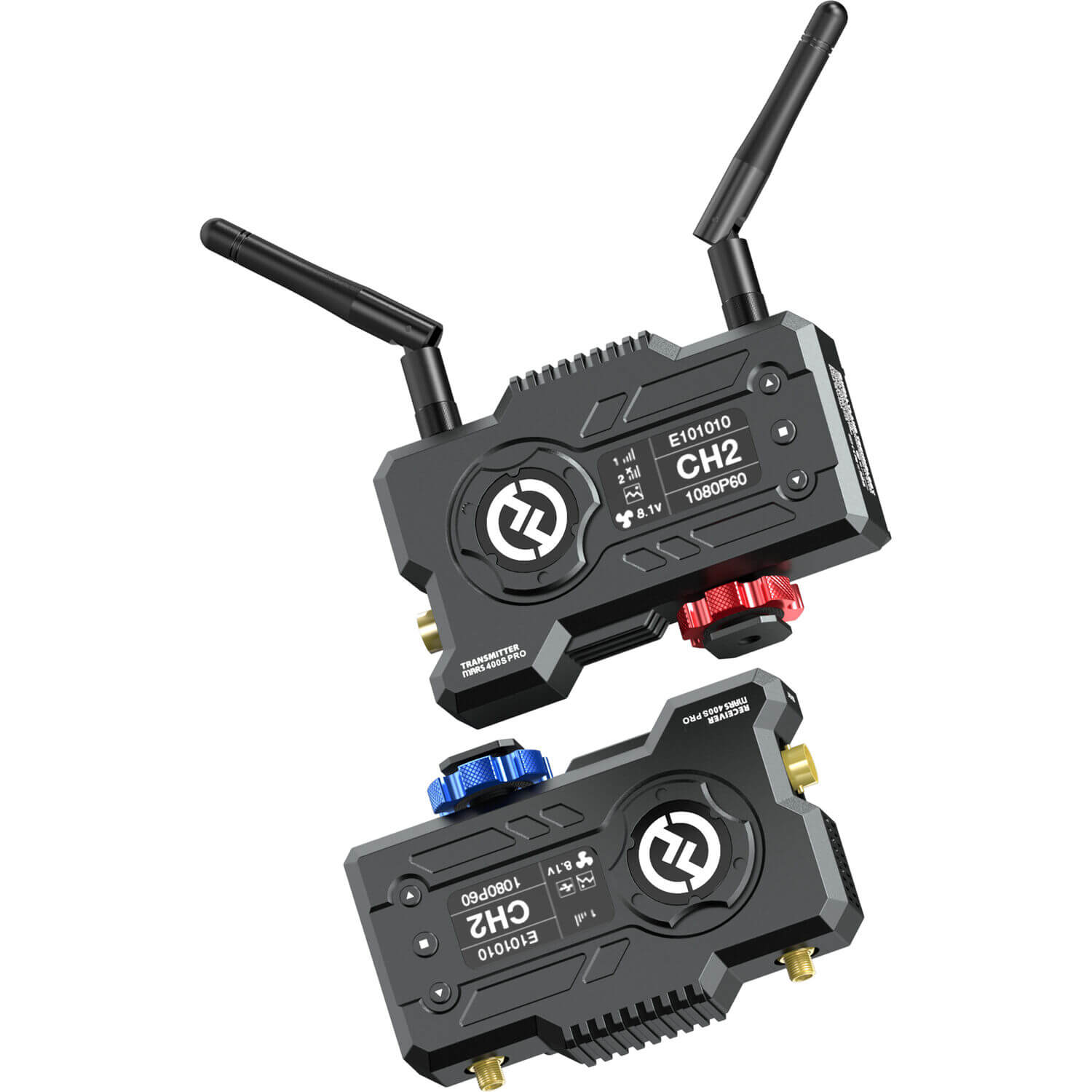 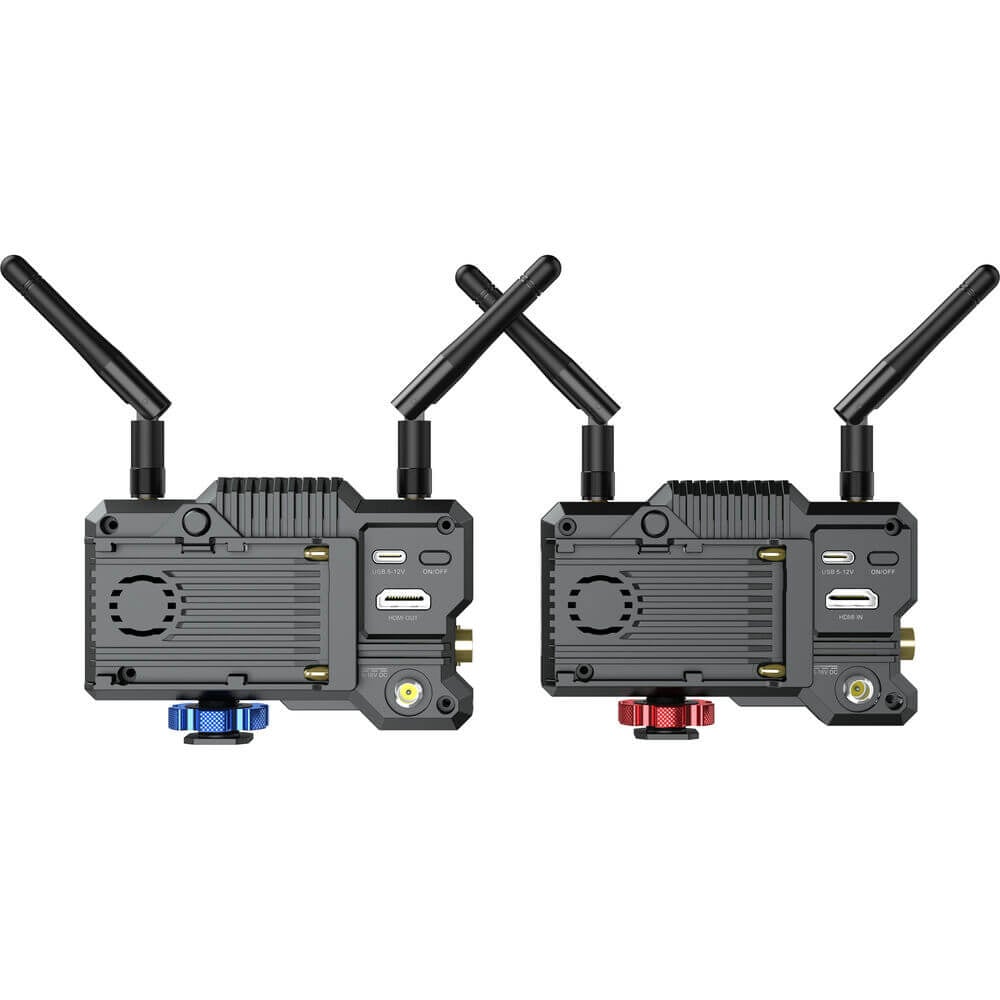