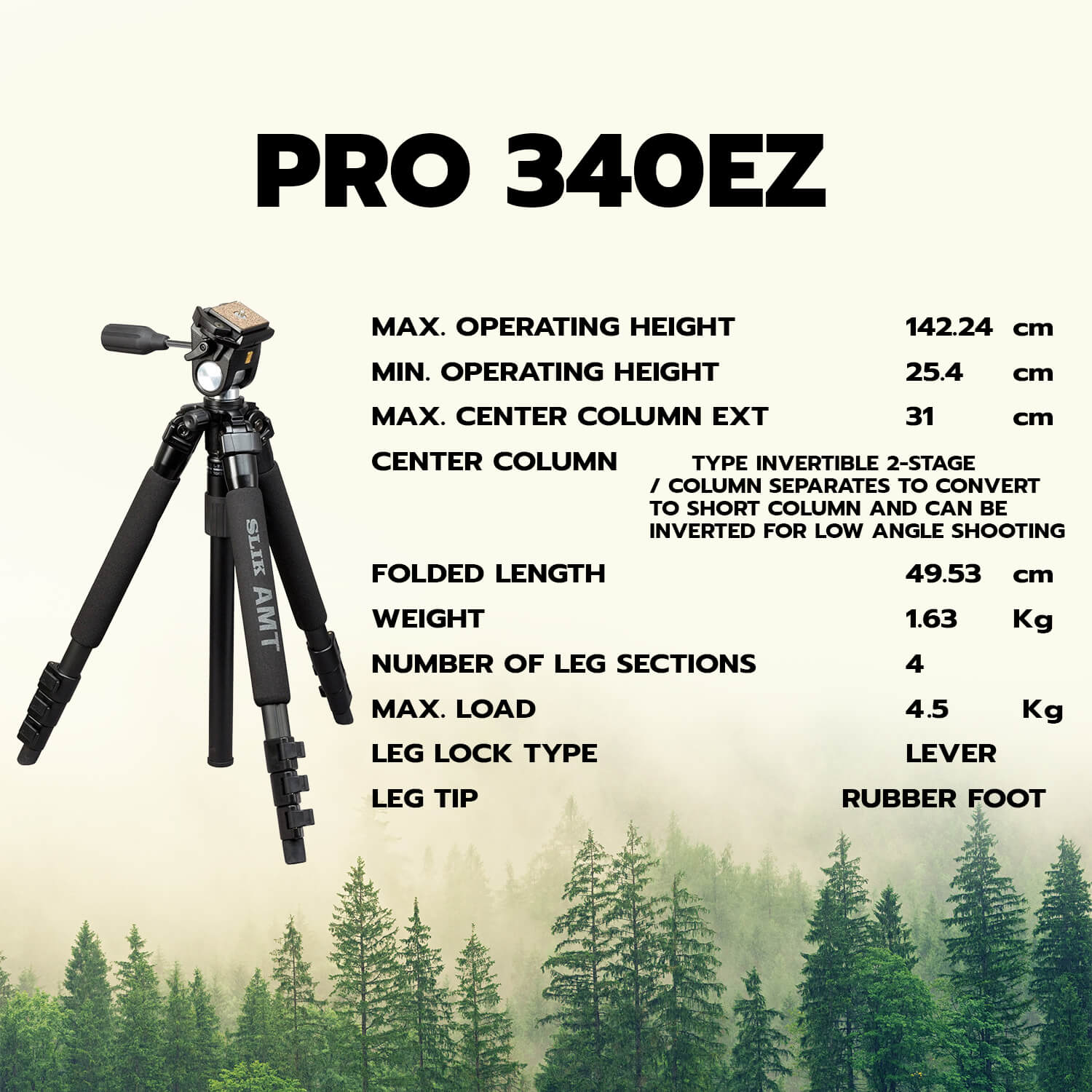 This Pro 340 EZ Tripod with SH-707E 2-Way, Pan-and-Tilt Head from SLIK supports up to 8.8 lb, measures 19.3″ when folded, and includes a quick release plate. Each of its 4-section legs features an independent spread, a 3-position angle lock, and flip locks for fast deployment. The included push-and-pull, rapid center column is multi-sectional, which allows it to be converted to a shortened center column. This feature permits a minimum height of 18.1″, or 9.0″ when the center column is shortened. The SLIK Pro 340 EZ Tripod provides a maximum height of 45.8″, 48.9″ with its center column shortened as well as fully raised, and 58.0″ with the complete column fully raised.

Cameras, lenses, or sport optics that are compatible with a 1/4″-20 mount can be connected to the quick release plate, which is secured to the tripod’s pan-and-tilt head using a quick release cam lock. The head can be rotated 360°, and tilted 90° backwards or forwards. These two movements function simultaneously, and both the rotation and tilt can be set in place using the pan bar’s integrated twist lock.

For added versatility, the center column is reversible, facilitating low-angle photography where an attached camera is positioned among the tripod’s legs instead of above them. Foam covers on each of the legs provide a secure and comfortable grip while moving the tripod, and rubber feet help to enhance stability on a wide variety of surfaces. 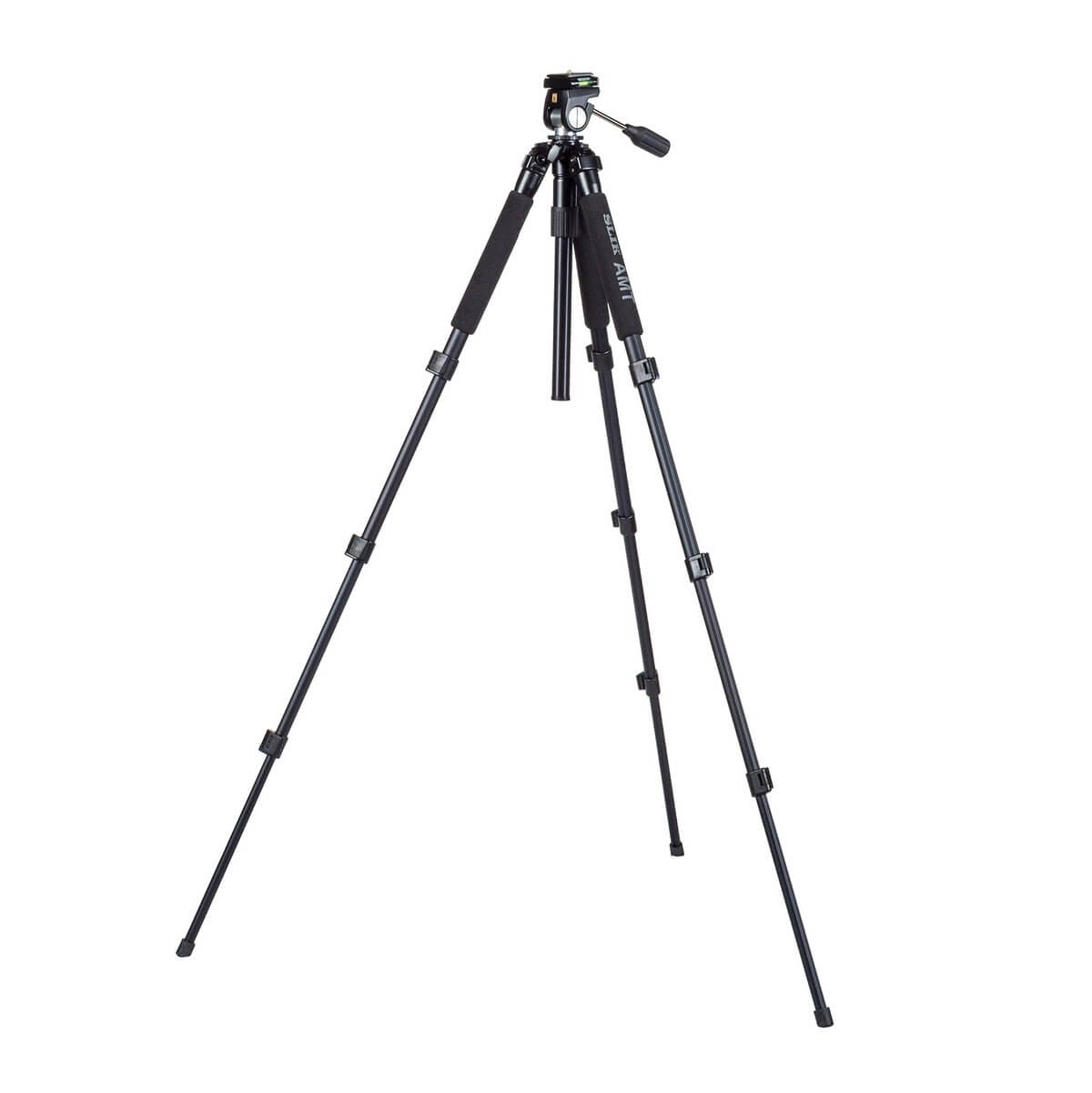 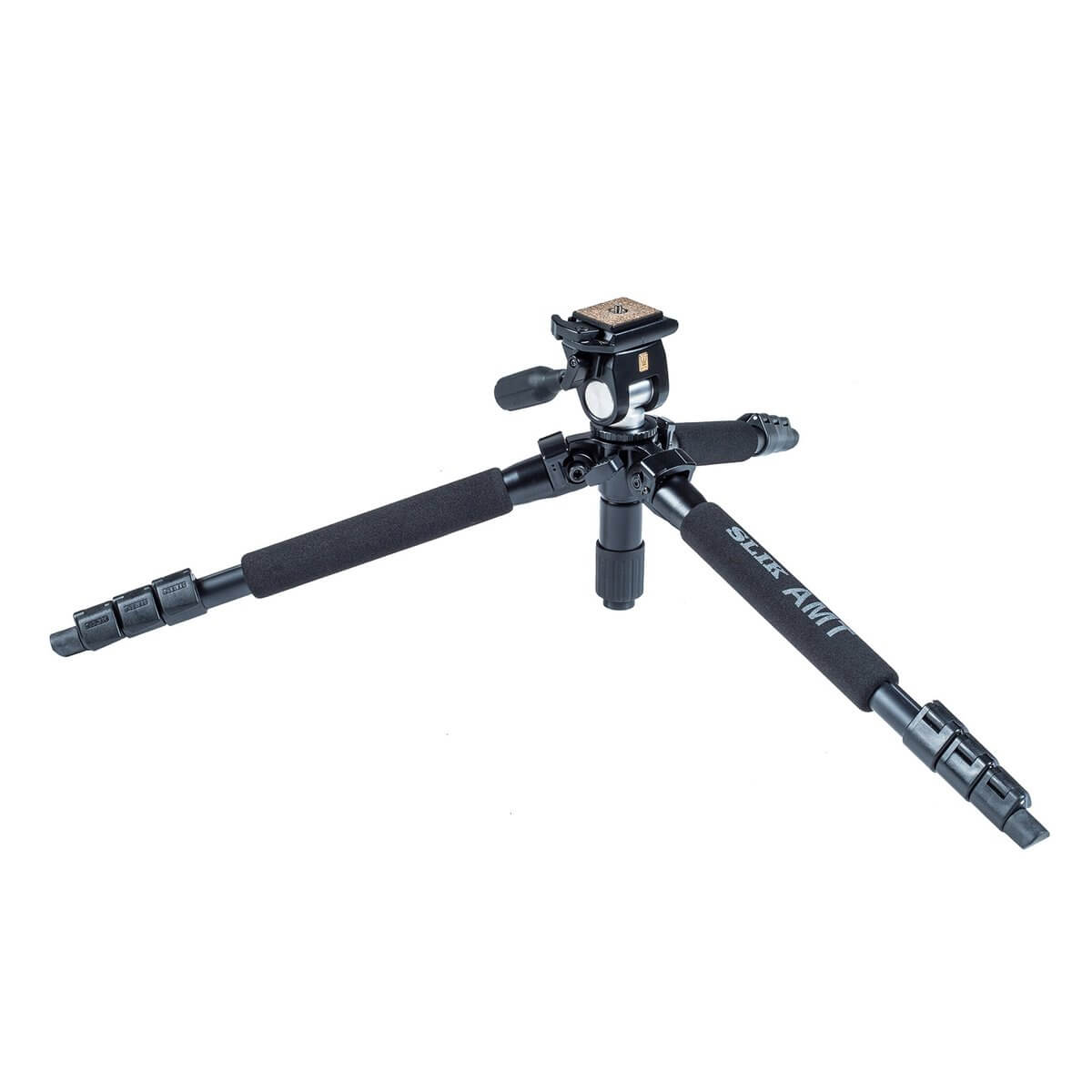 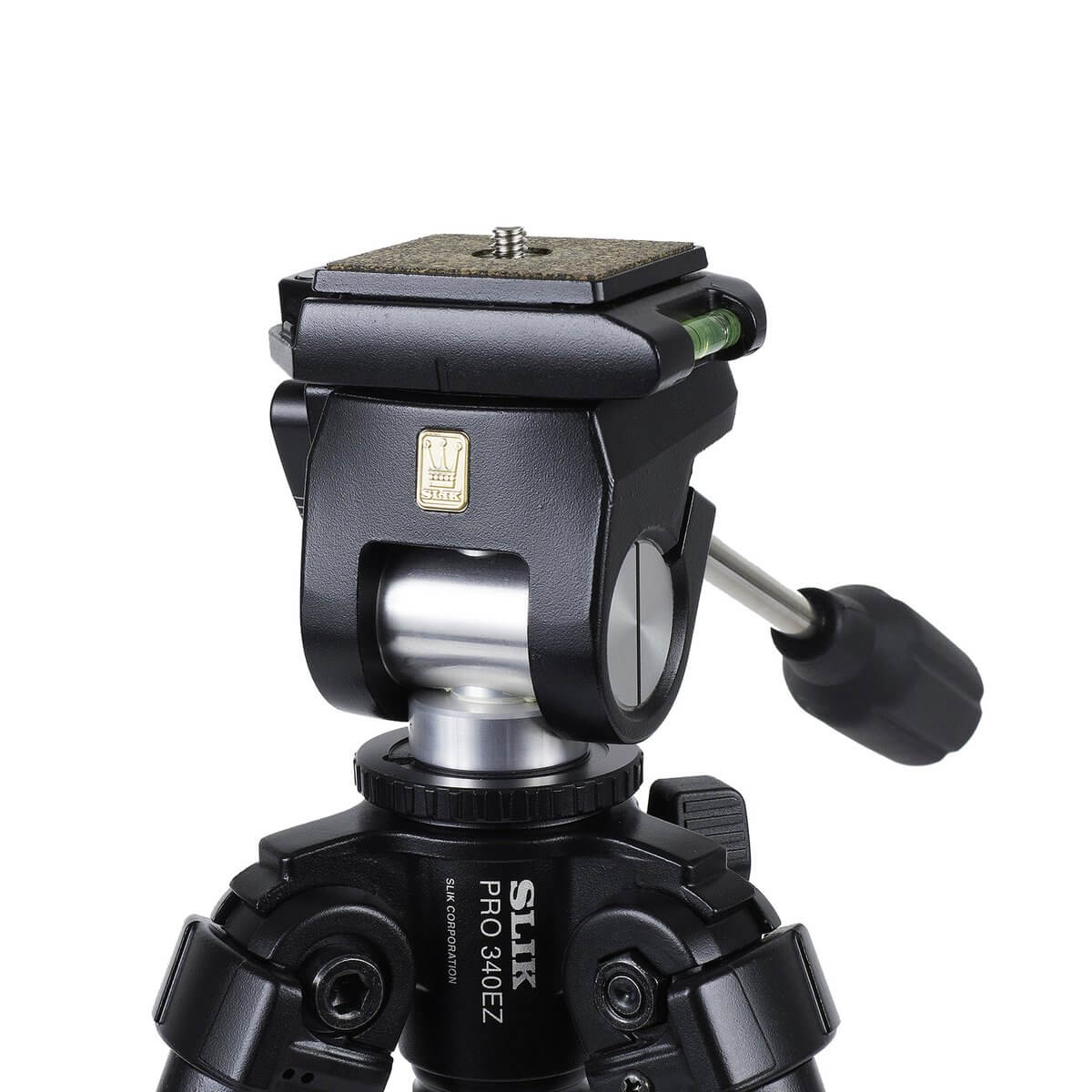 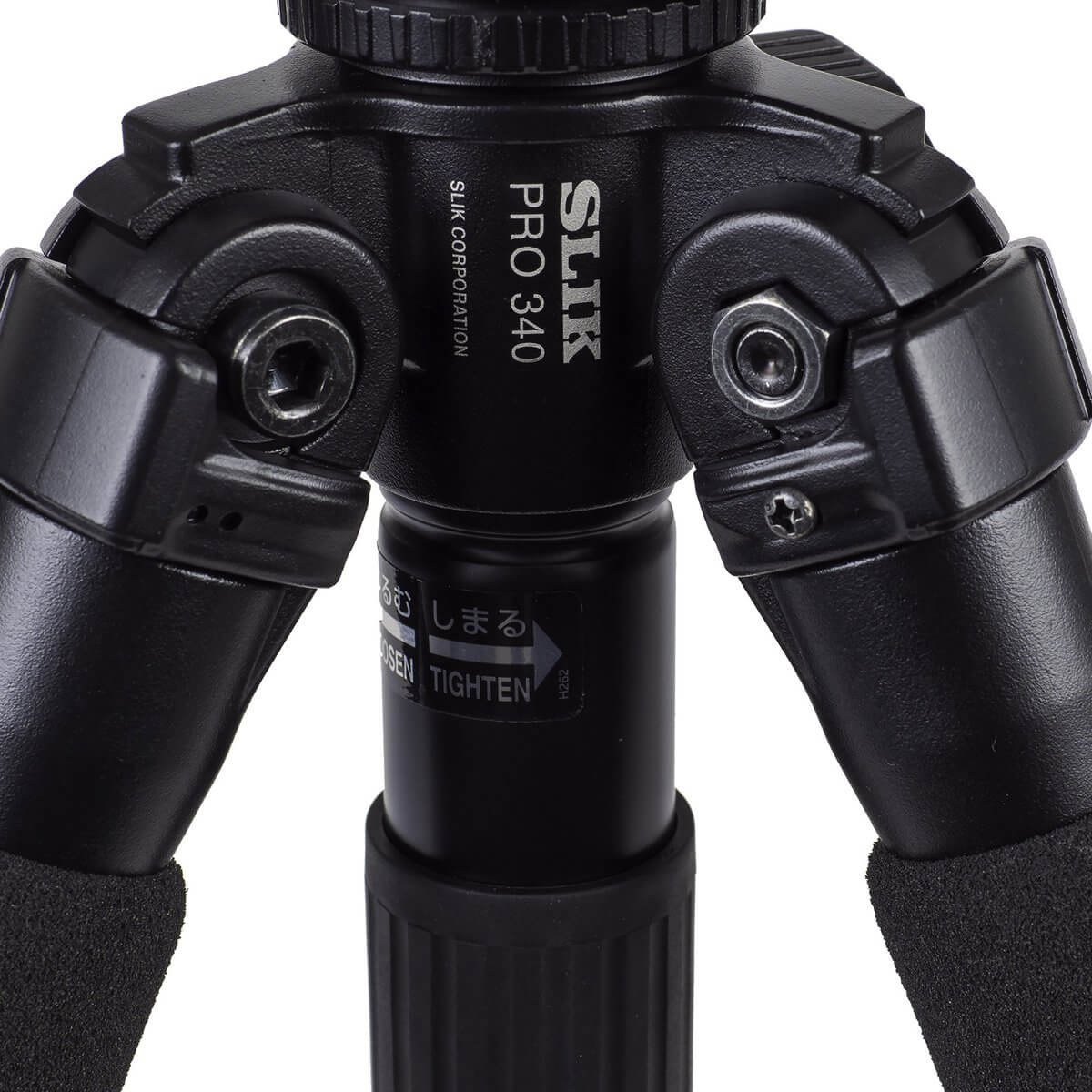 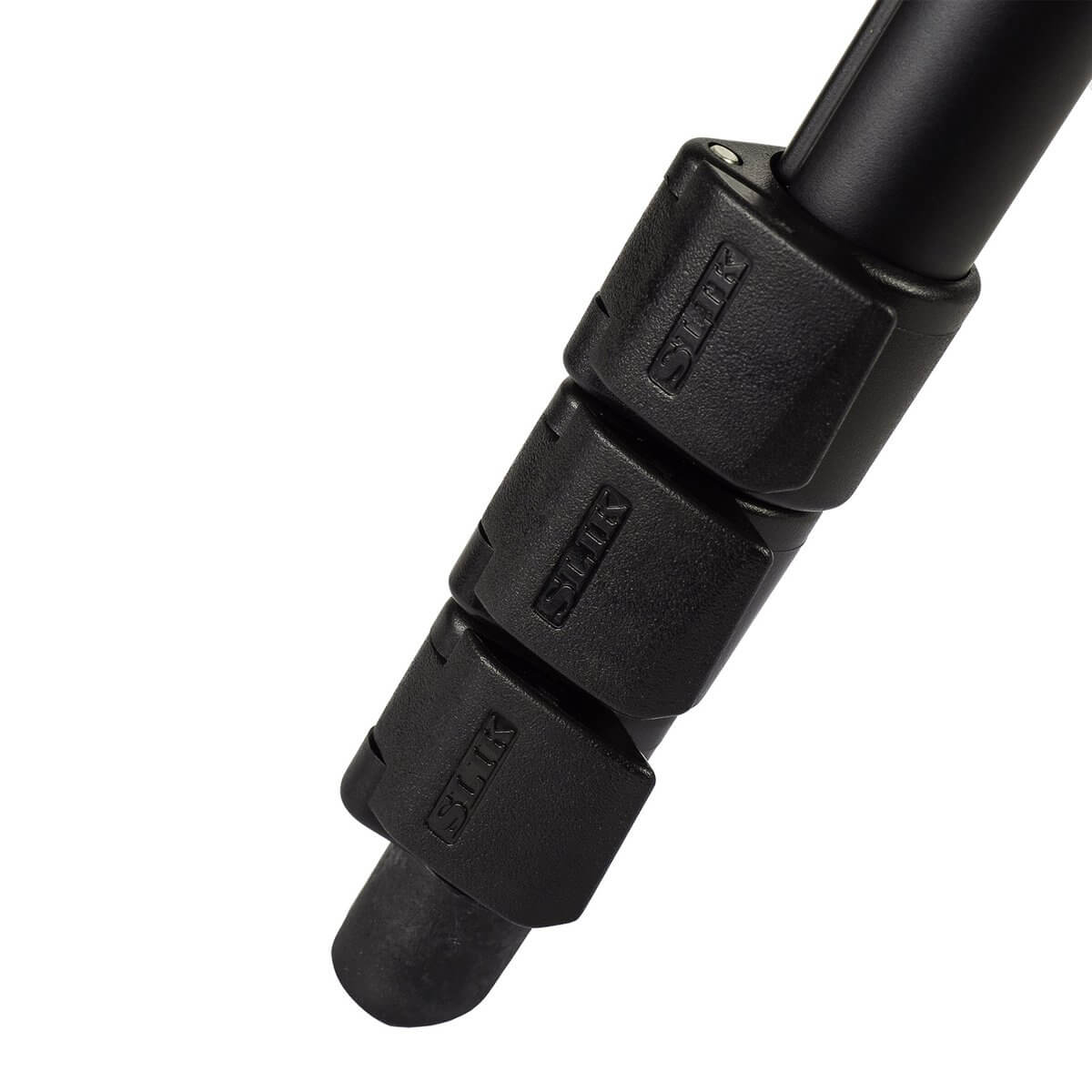 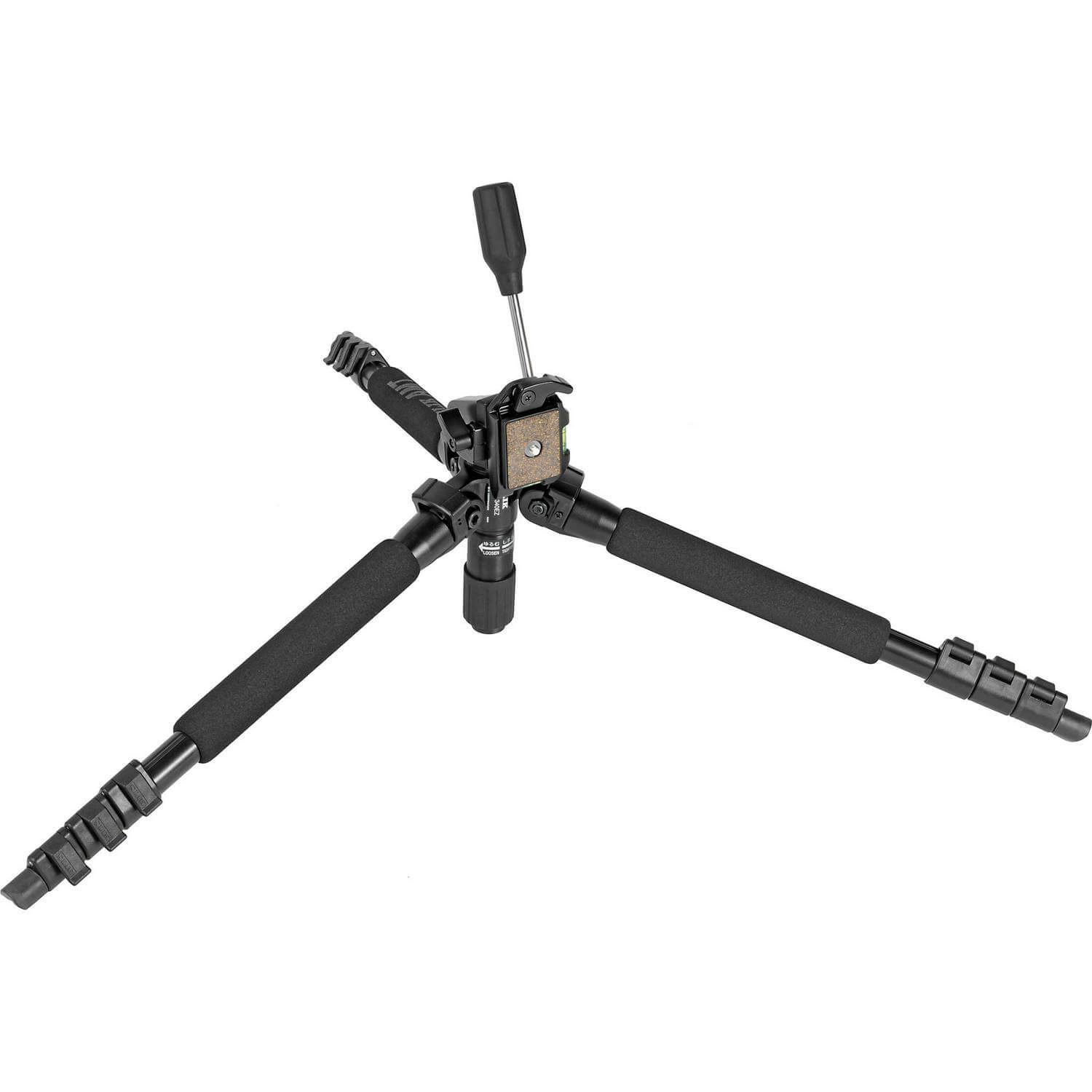 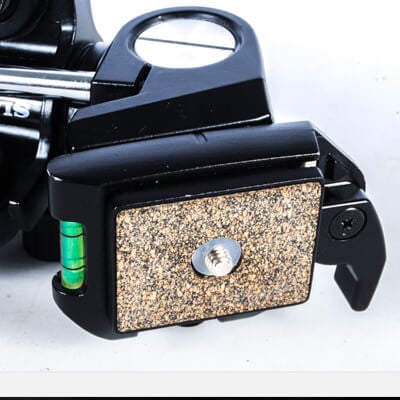 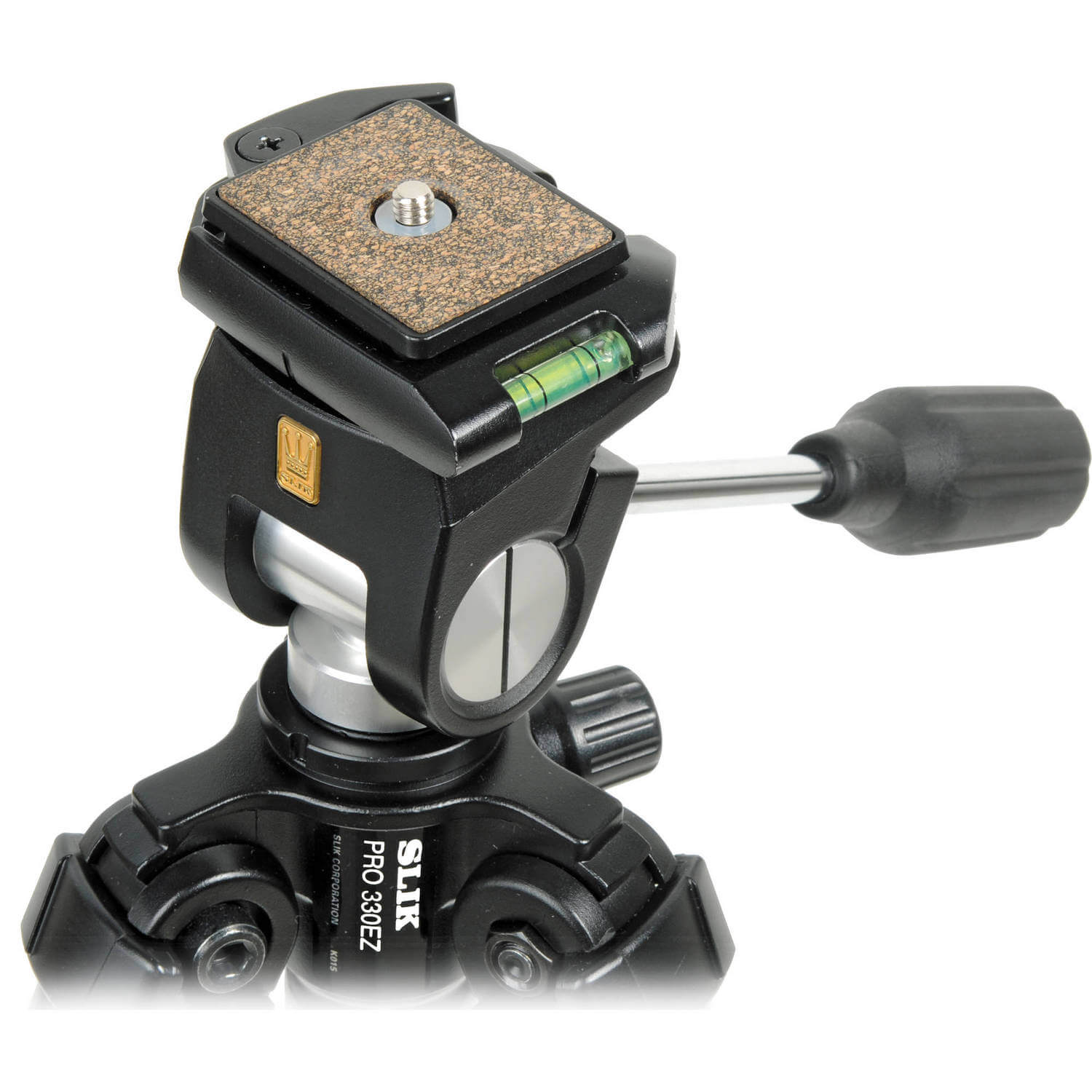 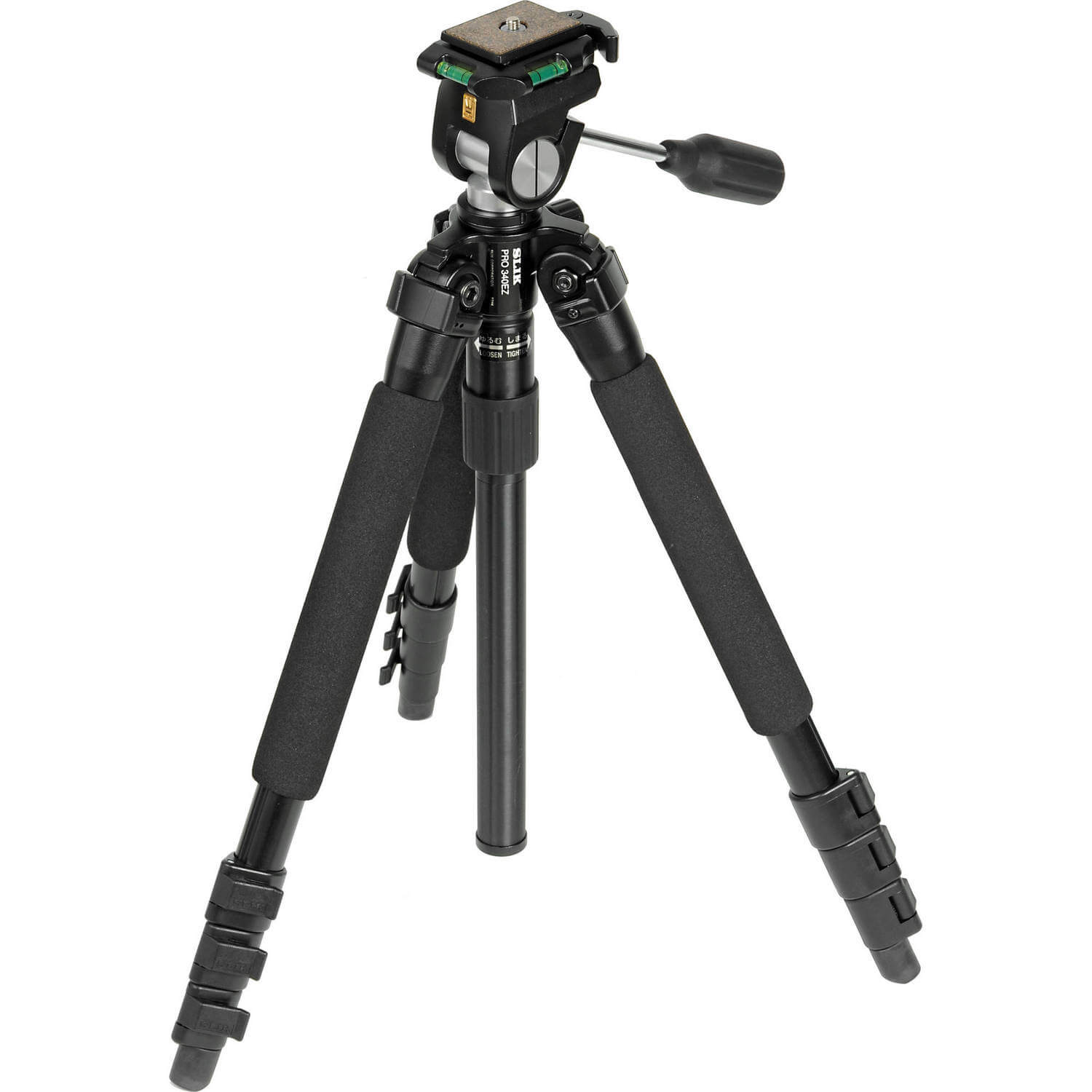 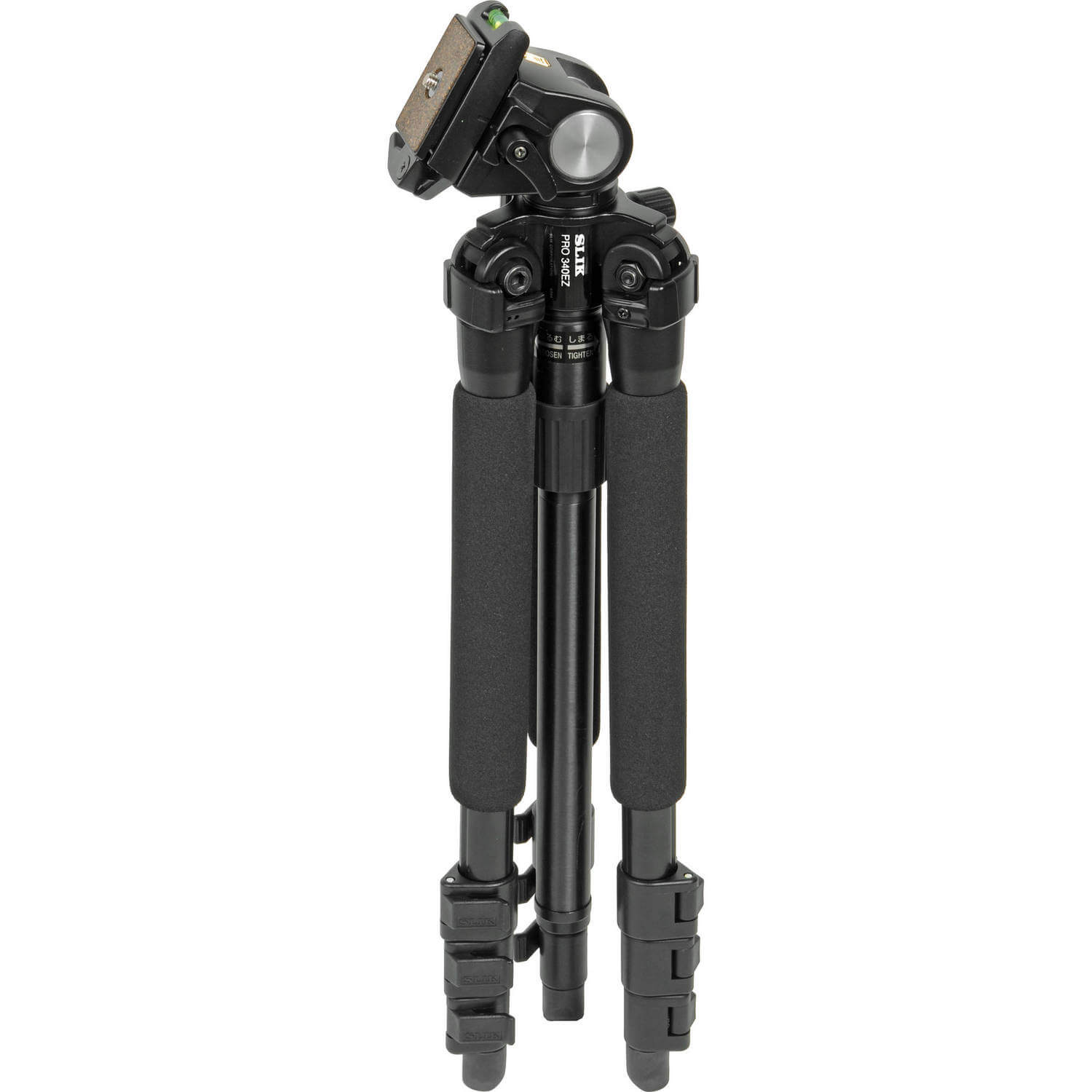 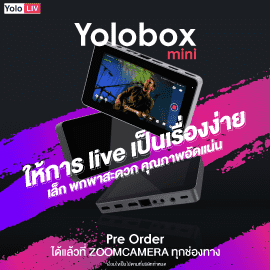 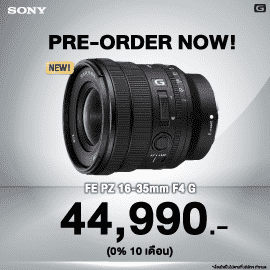 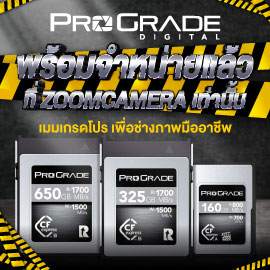 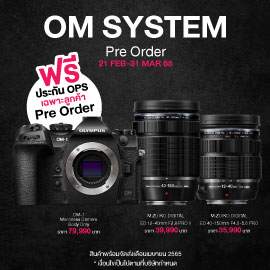 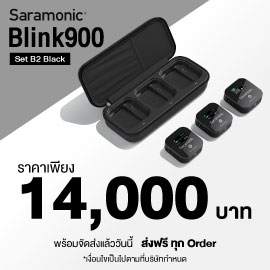